Last night Westfields Junior School PE shed was broken into and many pieces of equipment were scattered across the playground!
Fortunately help was at hand!!! Mr Chaplin started our Maths Day with an assembly informing the children that the police had been called and that 5 suspects were involved. Pupils then spent the
day solving maths puzzles and problems to collect evidence and finally identify the culprit.
They used code breaking, tracked the criminals locations with co-ordinates, gathered DNA evidence and measured foot prints left at the scene of the crime.
There was much excitement in the gathering of evidence across the school and they all joined together for a final assembly to discover who the culprit was.
Well done to all the staff for making this an exciting Maths Day. 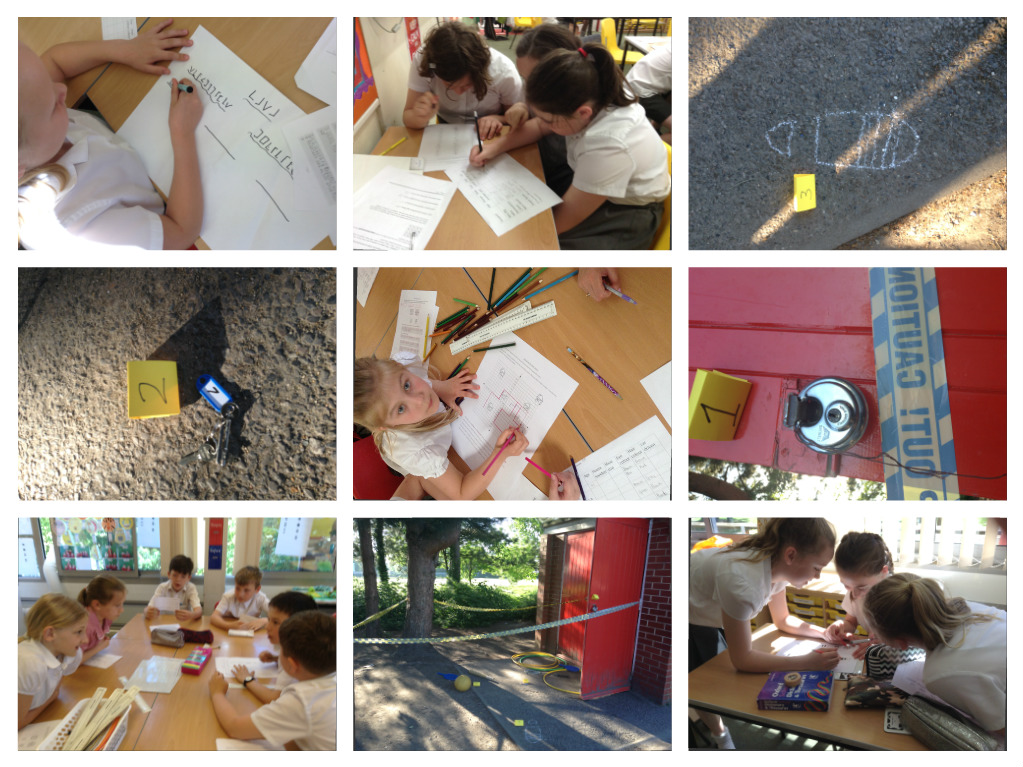