At breaktime on Monday, we excitedly put on our coats and caps and got into the minibus to go on our great adventure. When we arrived at Fleet Station, we organised our tickets and waited for the train to arrive. On the train, we played games and the time flew by until we arrived at Waterloo Station. After we took some photos, we crossed the bridge. When we were on the other side of The Thames, we passed the Royal Horseguards, Downing Street, Scotland Yard, The Men’s War Memorial and finally, The Woman’s War Memorial. By then, we had arrived at St James’ Park where we had lunch (whilst being eyed by a hungry heron!) After lunch, we walked over to Westminster Abbey; on the way we saw the pelicans of St James’ Park!
Before getting into the actual abbey, we had to wait in a VERY LONG queue, whilst watching posh cars park, drop off their passengers, then drive off. When we eventually got in, we realised that we had FRONT ROW SEATS!! We were so excited and could not believe how lucky we were (Mrs Wilson almost cried!) Before the service started, there was a big parade of the Royal Family and lots of other very important people. There were speeches from
Anthony Joshua and an amazing poet. Craig David and Alexandra Burke sang. Boris Johnson did a reading from the Bible and ministers from different religions said what the Commonwealth meant to them and their faith.
At the end, the Royal Family and lots of other famous people walked down the aisle (past us!) and out of the abbey. After they had left, we hurried to catch our train (it was raining!).  We arrived back at Fleet at about 6.00pm, where our parents picked us up and we went home feeling a little exhausted. All-in-all, it was an amazing experience! ***** FIVE STARS! I would absolutely LOVE to go again! 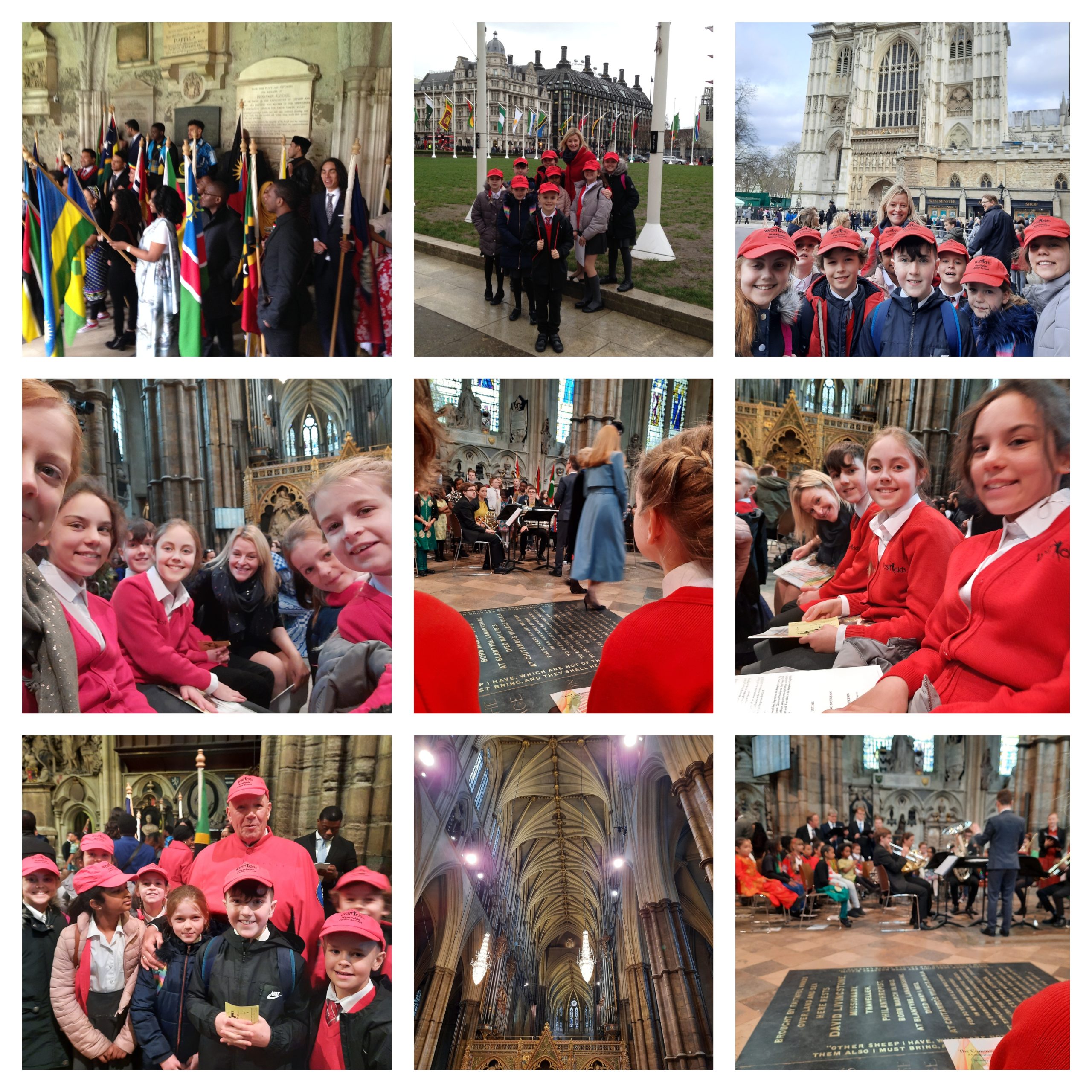