On Wednesday we took six Year 6 children to Owlsmoor Primary School to compete in the Building Challenge 2020. Pitted against 5 other teams from different schools, the children listened attentively to a short talk from the event organiser and a guest speaker ( a structural engineer called James). Following this, the children were tasked with building a replica of the engineer’s model. This model was kept in the ‘architects office’ and only two children were allowed to see it. They had to communicate the exact look of the model to the ‘builders’, whose responsibility it was to follow instructions and build the project precisely. One child also dealt with the costings of the project while an overall ‘project manager’ led the team. Bonuses were given to children depending on the accuracy of the replica model and fines were dealt out depending on how many trips to the architect’s office and the materials office were needed. Westfields performed admirably, being frugal with their trips and communicating successfully. In the end, Westfields reigned supreme and won first place thanks to their teamwork. It was a fantastic opportunity for the children, who all enjoyed it immensely! 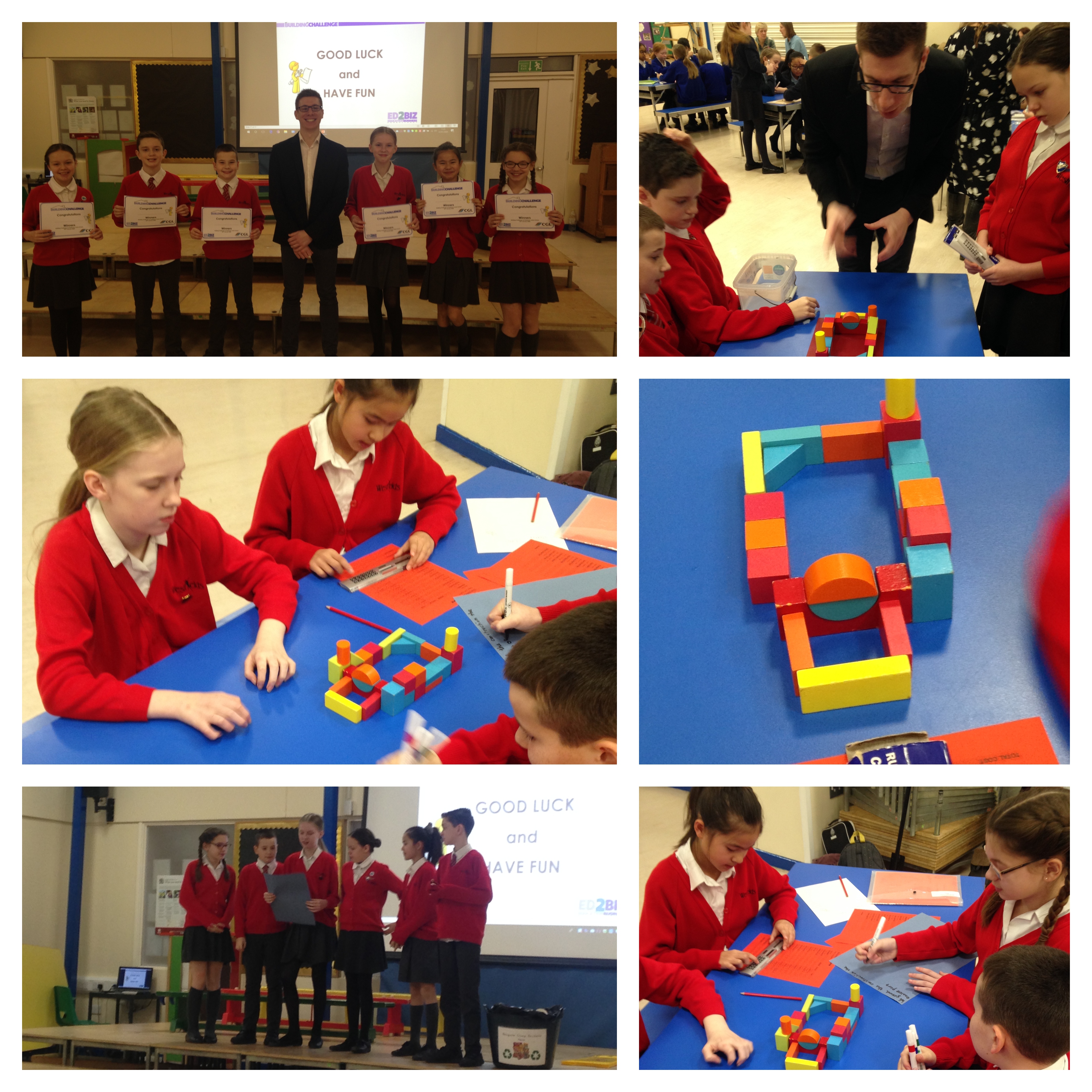